Podcast - VC Sandbox: Episode 3: Spotlight on Fintech in the MENA Region, an Interview with Ambareen Musa, Founder and CEO of Souqalmal 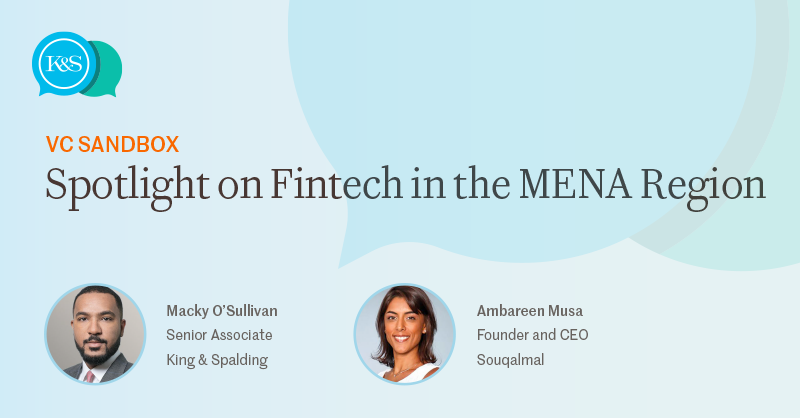 The Fintech ecosystem in the Middle East is experiencing heightened interest from investors and key stakeholders. In this episode, Macky O’Sullivan, a venture capital lawyer in our Dubai office, speaks to Ambareen Musa, Founder and CEO of Souqalmal, about the growth of Fintech in the MENA region. Souqalmal is the leading financial comparison site in the Middle East and recently ranked second among Forbes’s “Top 20 Most Disrupting FinTech Startups” in the Middle East. Ambareen Musa has been featured on Forbes Middle East’s list of the top “Women Behind Middle Eastern Brands” and has been recognized by Arabian Business as one of the “50 Most Influential Women In The Arab World”.

Subscribe via Spotify, Apple Podcasts, Google Podcasts, Stitcher, or anywhere else you listen to podcasts.