On March 2, 2020, the Securities and Exchange Commission (the “SEC”) released its final rule amending the financial disclosure requirements applicable to registered debt offerings that include credit enhancements, including subsidiary debt issuances with parent guarantees. The requirements for these offerings are currently contained in Rules 3-10 (guarantees) and 3-16 (collateralizations) of Regulation S-X. The rule amendments—which were originally proposed in July 2018 and garnered significant support, including from the National Association of Real Estate Investment Trusts (Nareit)—are aimed at improving disclosure, reducing SEC registration-related compliance burdens for issuers and providing investors with protections that would not be present in an unregistered offering according to the SEC.

Under the new rule, separate financial statements are not required if the subsidiary issuer is consolidated with the parent company (as opposed to wholly-owned), so long as the security is fully and unconditionally guaranteed by the parent company. The parent company must include certain designated disclosures required by the final rule (primarily in the nature of summarized financial information under Rule 1-02(bb) of Regulation S-X), which may be provided outside of the footnotes to the parent company’s consolidated financial statements. The amended non-financial disclosures, among other matters, also expand the qualitative disclosures about the subsidiary issuer. Consistent with the existing rule, additional information that would be material for investors to evaluate the sufficiency of a guarantee is also required. Disclosure will be required of any factors that may impact payments to the holder of the guaranteed security, such as the rights of a non-controlling interest holder. 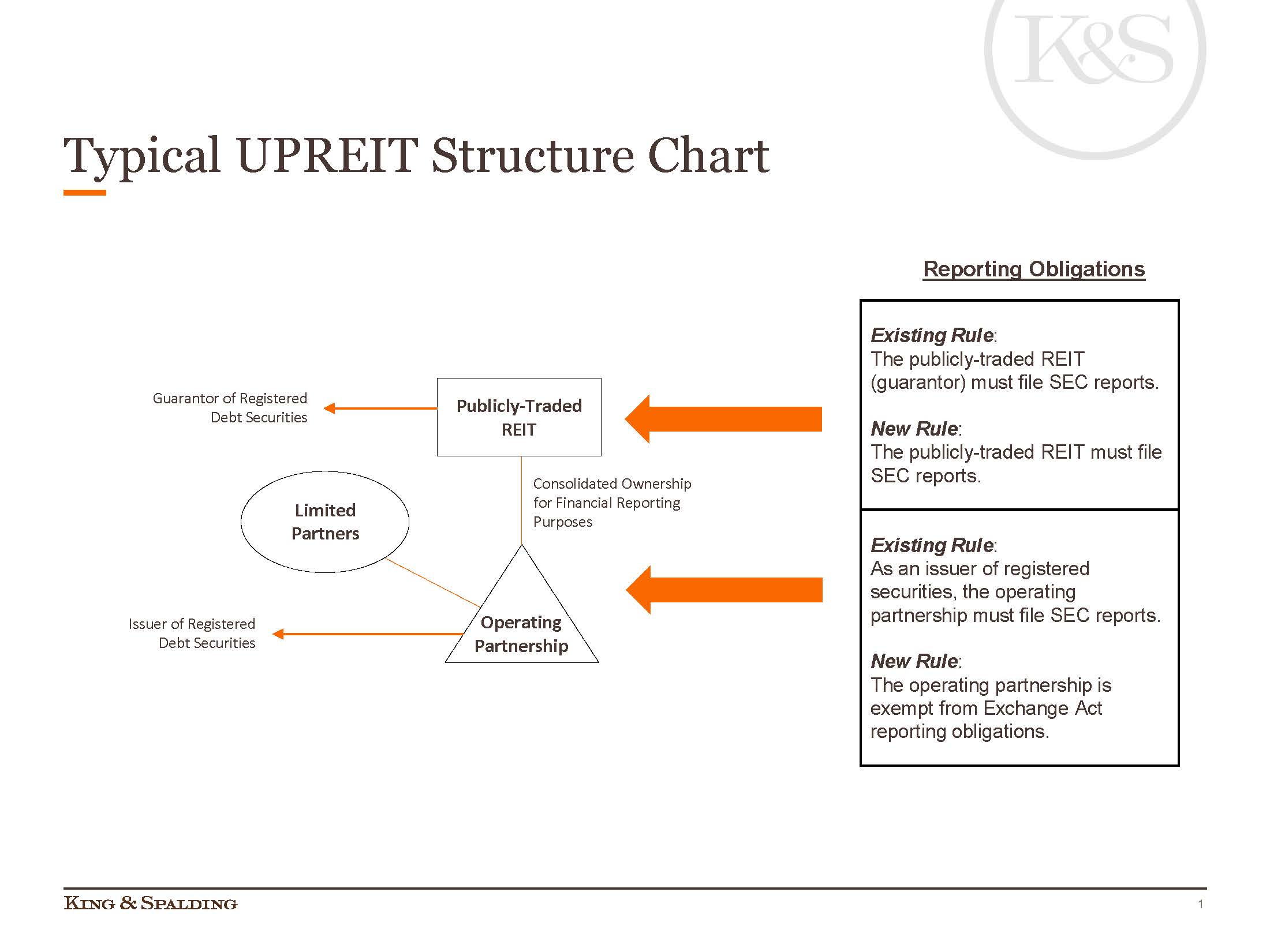 Note: the new rule will have no practical impact for UPREITs where the operating partnership is directly or indirectly wholly-owned by the publicly-traded REIT.